What is an Initial Public Offering (IPO)? 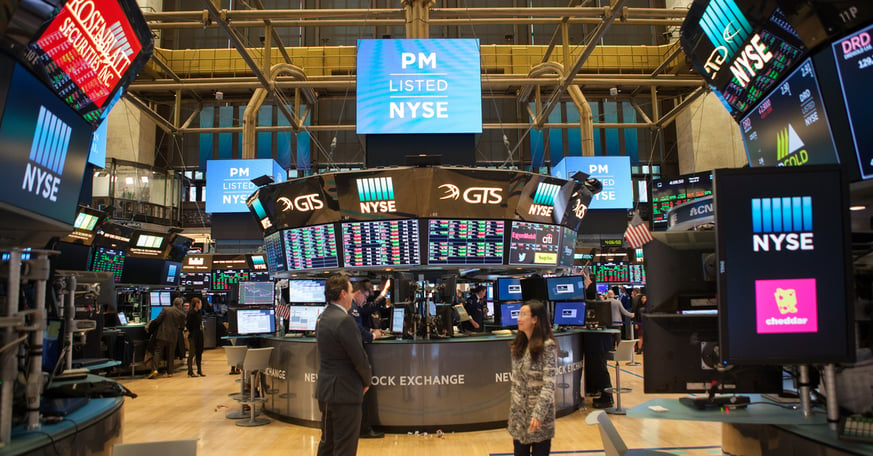 An Initial Public Offering is the official debut of a previously private company into the publicly traded stock market. By listing on the stock market, a company who may have had a single or handful of investors can offer shares of stock to the general public.

What was the first IPO and when did it go public?
The first ever recorded initial public offering was the Dutch East India Company (Vereenigde Oost-Indische Compagnie or VOC) in 1602. Unlike predecessor companies that sought funds from small circles of private investors, shares of stock were offered to the general public through the Amsterdam Stock Exchange (also formed in 1602 and still in operation today). It offered shares of stock to investors that helped raise capital to fund the voyages to foreign ports to obtain goods. Upon return, the goods were sold and profits returned to investors. When the Dutch East India Company closed its share offering, it had tallied more than 1,000 investors. The VOC continued to operate and prosper for nearly 200 years.

How does a private company go public? What is the Initial Public Offering (IPO) process?

Prior to being a publicly-traded company featured on a stock exchange, companies are privately held by the business owners. For a company to grow, there’s typically a need to raise capital. For a privately owned company the ability to raise the capital necessary for the expansion and the risk of holding the responsibility may be overwhelming for private business owner. So, like the Dutch East India Company above, private companies look to the public markets for potential investors to raise capital to expand.

Obtaining approval to offer securities on the public market can be an arduous process that takes expert guidance and a commitment to long term adherence to public reporting requirements. The Securities Act of 1933 requires companies to first file their intention to go public via a Registration Statement, also known for the form name of SEC Form S-1 Filing. The SEC then reviews the S-1 Filing and when the SEC declares the submission “effective”, the company can offer shares of stock on the public markets. Typically, the SEC has multiple comments on the initial public filing and will request additional clarification which can make the process a lengthy one. When a company becomes a publicly traded entity, the Securities and Exchange Act  requires quarterly reports on Form 10-Q and an annual report on Form 10-K. Other business-related activities such as an acquisition or change in directors require additional SEC notifications in the form of filings. All SEC filings and forms are submitted through the Electronic Data Gathering, Analysis and Retrieval (EDGAR) system which is the SEC’s automated filing system and are made immediately public.

The first step in the IPO process is to select an investment bank or underwriter to advise the emerging company and help bring the company to the public market. Like other professional services firms, investment banks are selected based on reputation, established relationship, recommendation and/or industry experience.

The underwriting entity is responsible for filing the SEC registration statement, also known as the SEC Form S-1. In Form S-1, companies are required to furnish the details on their business model, planned use for capital proceeds, share price and detailed financials. A filing company must also furnish a prospectus, offering pricing methodology and information whether any dilution to other listed securities will occur. In addition, the company will need to submit a disclosure of any material business conducted between the company and its directors and external counsel. The process of collecting and validating the information from a company preparing to go public is referred to as due diligence and the step is meant to protect investors through audit and verification of the company’s statements about its business holdings, finances and potential. Form S-1, like other forms, the submission is entered into the EDGAR (Electronic Data Gathering, Analysis and Retrieval) online filing system.

Once filed, the Form S-1 becomes public record, enabling potential investors to conduct due diligence investigation before shares become available to purchase. However, since April 2012, the JOBS Act allows emerging growth companies to keep their Form S-1 confidential up to 21 days prior to their IPO road show. Form S-1/A  is used for filing amendments to a previously filed Form S-1.

At this point after the filing and before the approval of the SEC Registration, prospective emerging companies go on what’s called a road show, or dog and pony show, to grow awareness and market their offering to potential investors.

IPOs are oftentimes underpriced to positively impact market awareness and interest – even if there’s room for additional capital capture. Creating an oversubscribed IPO, one in which interest outweighs available shares, can increase the share price and positively impact investor perception.

How many stock exchanges are there in the United States?

There are three stock exchanges operating in the United States:

Of the three, the largest stock exchange by volume is the New York Stock Exchange (NYSE). Founded in 1792, NYSE boasts a trading floor where traders representing large institutions investors and big potential investors trade in person. Of the exchanges, NYSE has some of the nation's largest and best-known companies on its listing including Ford, Target, General Mills, Proctor and Gamble, and Boeing. It also has the most stringent reporting and listing requirements.

The American Stock Exchange typically lists smaller companies. Some of the companies listed include PolyMet Mining, Merrill Lynch, NYSE bought AMEX in 2008 to enable and expanded the breadth of offerings for NYSE investors.

National Association of Securities Dealers (NASDAQ) is unique in that it is an online only platform. Given its operating model, it will come with little surprise that NASDAQ is tech stock heavy. The most recognizable names that are listed include Amazon, Facebook, Apple, and Tesla.

How is a stock priced? The price of a stock share for an initial public offering are typically set by a stock valuation specialist who takes into consideration the company’s market growth potential, competitive landscape, business projections and financials as well as individual investor potential appetite among other things to set company valuation. The stock share price is determined by dividing the value by the number of shares to be issued.

Who brings an IPO to public trading? When a private company decides to go public, they typically engage a lead underwriter to help them introduce their stocks to potential investors. A lead underwriter may determine that there is a need for additional lenders for any number of reasons including the complexity of the project, the capital necessary, or risk tolerance. A group of lenders coming together to participate in a loan or underwriting is called a syndicate. A syndicate is formed solely on a project-by-project basis and is typically not a permanent entity.

How does this all relate to the Securities and Exchange Commission?

The Securities and Exchange Commission was borne out of the Wall Street Crash of 1929, also known as the Great Crash, that started in September of that year and lasted 2 months during which stock prices collapsed on the New York Stock Exchange. The market collapse plunged the nation into the decade long Great Depression. Out of the financial devastation and in the middle of the depression, the Securities and Exchange Commission was founded with the mission of protecting individual investors, maintaining fair, orderly and efficient markets and facilitating capital formation. As an independent agency of the federal government, it’s charged with implementing financial markets regulatory laws and regulating secondary markets (stock exchanges).