What do the public comments on the SEC’s climate disclosure proposal tell us? 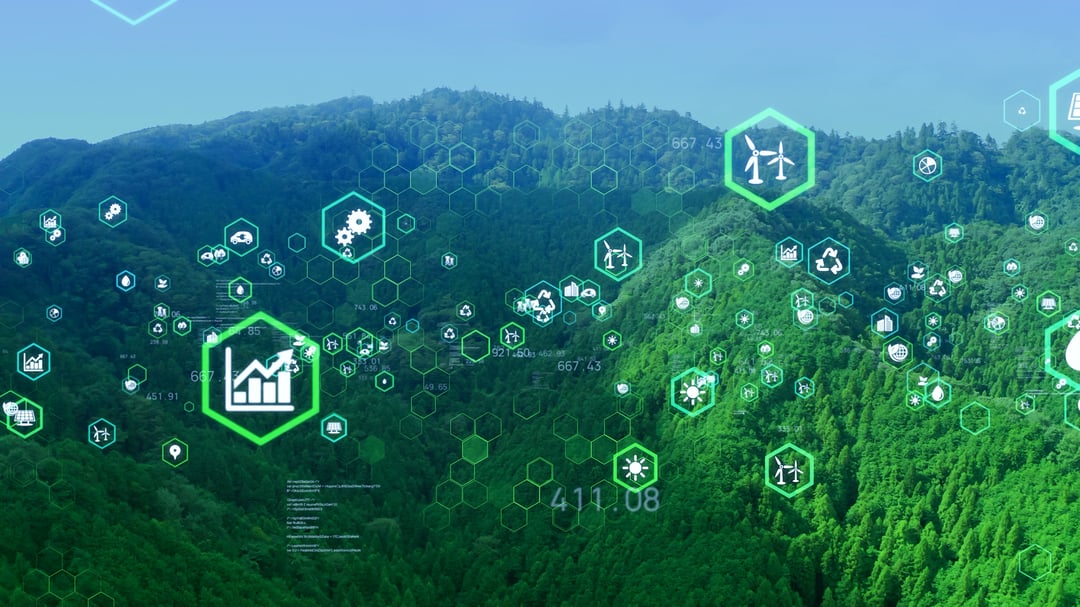 In this July report, Responses to the SEC’s Climate Proposal, KPMG discusses various themes and observations that it gleaned from its review of comment letters on the SEC’s 510-page comprehensive and stunningly detailed climate disclosure proposal issued in March.


As you probably recall, the proposal was designed to require disclosure of “consistent, comparable, and reliable—and therefore decision-useful—information to investors to enable them to make informed judgments about the impact of climate-related risks on current and potential investments.”  KPMG found that the sentiment about climate standard-setting as a general concept was favorable, with 29% of those commenting very supportive and 50% supportive of the concept. Only 21% had a negative response—12% very unsupportive and 9% generally unsupportive.  But that positive attitude toward the general concept did not necessarily translate to support for the specific proposal from the SEC.


At over 500 pages, the SEC’s climate disclosure proposal would add an entire new subpart to Reg S-K and a new article to Reg S-X. Based on the Task Force on Climate-Related Financial Disclosures and the Greenhouse Gas Protocol, the proposed new rules would require public companies to disclose information about any material climate-related impacts on strategy, business model, and outlook; governance of climate-related risks; climate-related risk management; greenhouse gas metrics in financial statements; and climate-related targets and goals, if any. The proposal would also mandate disclosure of a company’s Scopes 1 and 2 GHG emissions, and, for larger companies, Scope 3 GHG emissions if material (or included in the company’s emissions reduction target), with a phased-in attestation requirement for Scopes 1 and 2 for large accelerated filers and accelerated filers. The disclosures would be required under a separate caption, “Climate-Related Disclosure,” in registration statements and Exchange Act annual reports (with material updates in Forms 10-Q)  (See this PubCo post, this PubCo post and this PubCo post.)  Opponents of the proposal have long been plotting their litigation strategies, and there is really not much question that rules will be challenged in court—especially now that SCOTUS has given its imprimatur to the “major questions” doctrine in West Virginia v EPA. (See this PubCo post.)


Following an extension, the formal comment period ended on June 17, 2022, although many comments were submitted after that date, and the SEC has indicated its intent to issue final rules by October 2022. (See this PubCo post.) Of the over 4,000 unique (non-form letter) responses that had been submitted commenting on the proposal, KPMG selected 150 responses for the report that it viewed as representative of “a variety of industries and respondent types,” weighted toward issuers and industry groups. (KPMG recognized that the selection was not necessarily representative of the entire population of responses.)

The SEC might be relieved that it did not receive a comment letter like the one sent by two executives at non-profit r3.0 to the International Sustainability Standards Board on the ISSB’s exposure drafts on sustainability and climate-related disclosure, an initiative that the commenters characterized as “sociopathic.”  (The commenters referred to the ISSB as the “I?SB,” reflecting their view that “this Board lacks any legitimate claim to use the term ‘sustainability.’”)  The commenters contended that both the ISSB and the exposure drafts were “all fatally flawed for two essential, intertwined reasons: 1) Nonsensical Definition / Definitional Cooptation; and 2) Sociopathic Materiality. These fatal flaws are all-encompassing, mooting the need to respond to your detailed questions. We will address each of these fatal flaws in turn.”  While it’s not entirely clear, “sociopathic materiality” might be a reference to the issue of single/double materiality (see this PubCo post and this PubCo post).  Don’t hold back, authors, tell them how you really feel! (Thanks to Robert Hirth at Protiviti for forwarding the letter.)


GHG emissions. As reported by KPMG, the reaction was quite mixed to the proposed GHG emissions disclosure mandate. With regard to disclosure of Scopes 1 and 2 GHG emissions, most commenters (42%) were silent on the issue; 17% supported the mandate, 34% supported it with changes and just 7% opposed it altogether. There was more opposition, however, to the proposed Scope 3 disclosure requirement: only 11% supported the proposal; 34% supported it with changes and 30% opposed the requirement entirely; 25% were silent. With regard to requested changes, 26% requested changes related to measurement methodologies and slightly over half of those “requested that the GHG Protocol be used. Other commenters suggested that the SEC consider alignment with existing requirements of the EPA or simply existing practices.” (Note that the SEC indicates that its proposal regarding disclosure of GHG emissions is based “primarily on the GHG Protocol’s concept of scopes and related methodology.”)


Attestation. The proposal would require a minimum level of attestation services for accelerated filers and large accelerated filers including: “(1) limited assurance for Scopes 1 and 2 emissions disclosure that scales up to reasonable assurance after a specified transition period; (2) minimum qualifications and independence requirements for the attestation service provider; and (3) minimum requirements for the accompanying attestation report.” In the report, the majority of commenters (56%) were silent on the issue of assurance.  Of those that did comment, the views were mixed: 20% supported limited assurance (mostly indicating that reasonable assurance was unnecessary); 12% supported reasonable assurance and 12% would prefer no assurance requirement.  KPMG observed that “[m]any respondents believed that pushing out the effective date of implementation would allow issuers to better prepare for attestation.”


Disclosures related to the TCFD. The proposal incorporates some of the familiar concepts and vocabulary from the TCFD, modeling the SEC’s proposed framework in part on the TCFD’s recommendations, which evaluate “material climate-related risks and opportunities through an assessment of their projected short-, medium-, and long-term financial impacts on a registrant. The TCFD framework establishes eleven disclosure topics related to four core themes that provide a structure for the assessment, management, and disclosure of climate-related financial risks: governance, strategy, risk management, and metrics and targets.”  According to the report, 55% of commenters were generally supportive of the TCFD-based disclosures, 35% were silent and only 10% opposed.  Although more than a majority supported the TCFD-like disclosures in general, there was some opposition to disclosures about internal carbon pricing (13%) and disclosure relating to targets, goals and transition plans (12%).


One aspect of the proposal that was especially notable was the extent of granularity required in many cases. One obligation that seemed to exemplify that level of detail was the requirement to provide the “zip code” for the location of identified physical risks. The report indicates that commenters frequently requested changes in disclosure of detailed location information, such as ZIP codes, as well as information about board-level climate expertise.


Timing; filed v. furnished. While 60% of commenters were silent on the question of whether the disclosure should be deemed “furnished” or “filed,” KPMG found that those who did comment tended to favor “furnished”: 12% supported treating the disclosures as “filed”; 28% supported treating all or some portions as “furnished.” In addition, 44% wanted to see expanded safe harbors for issuers, and some suggested safe harbors for “board members designated as climate experts.”


A number of commenters (28%) cited concerns with the timing proposed for the annual disclosures, largely requesting deadlines after the filing of the 10-K, especially with regard to information about GHG emissions, which, in many cases, is required to be obtained from third parties.


The proposal includes several phase-ins and other accommodations. The general compliance phase-in would be based on filer status, with additional phase-ins for disclosure of Scope 3 emissions as well as for the assurance requirement and the level of assurance.  As proposed, assuming an—optimistic—effective date at the end of 2022, reporting for large accelerated filers would be due in 2024. Only 5% of commenters in the report supported the timing set forth in the proposal, 53% across all industries wanted to push out the effective date, including both a general delay and a delay for certain disclosures; 42% were silent. The reason most often cited for delaying the effective date was the implementation of systems, processes and controls to gather and validate the required data.


Global baseline. Forty percent of commenters discussed the possibility of global baseline disclosure requirements that different jurisdictions can then amplify, with almost all FPIs commenting on the issue but only 19% of domestic issuers; 60% of commenters were silent. Of the 40%, 62% favored using the ISSB as an alternate framework for FPIs and some also wanted to allow domestic companies to use the ISSB. (Of course, many companies have made clear that they are likewise none too happy with the ISSB framework. See this WSJ article.)


What to do. KPMG advises the following steps:

Just for comparison, it might be worth looking at the message that the WSJ drew from its review of the comment letters on the SEC’s climate disclosure proposal. Company commenters “skewered” the SEC’s proposal, the WSJ contended, “tearing into” the proposal and saying it “poses heightened legal liability, hefty costs and reporting burdens.” However, many of the themes cited by KPMG were also discussed by the WSJ.

Among the company comments cited in the WSJ article:

To meet the demands of shareholders, your annual meeting and proxy process needs to evolve to increase shareholder participation and effectively communicate corporate objectives and values. Whether it is the CD&A or ESG related topics such as Equity, Diversity and Inclusion, Human Capital, COVID-19 impacts or Climate Change, our design and advisory team presents best practices along with peer group comparisons to improve proxy presentation, messaging, and effectiveness.