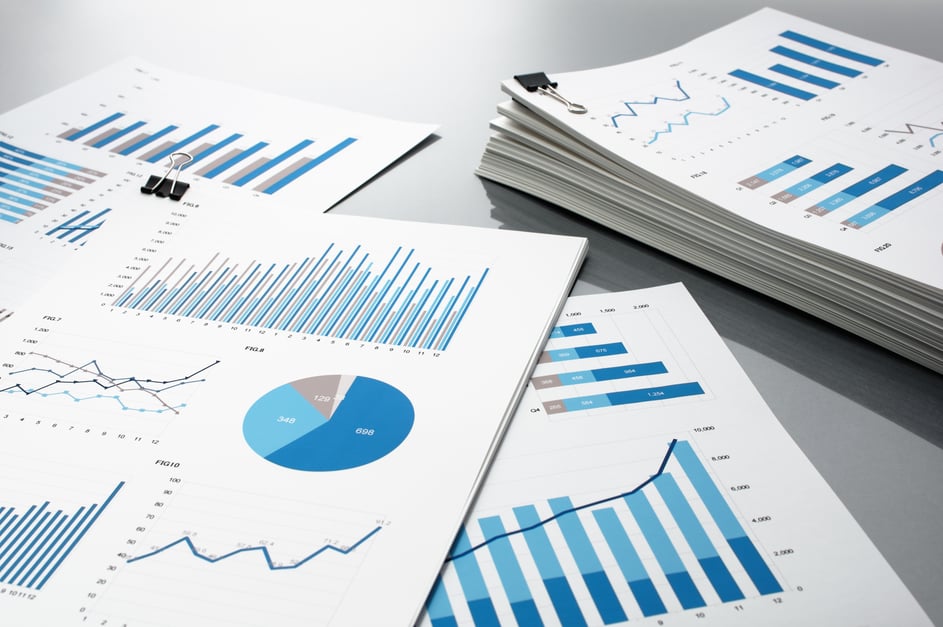 Unlike some former presidents, Mr. Trump has taken a noticeable interest in SEC policy. In August, he asked the Commission to study switching corporate financial reporting to a biannual schedule in place of the current quarterly system. The president's favored means of communication—social media—is also a topic of concern for the SEC, as some CEOs pioneer the use of new channels of communication with investors.

To find out what market observers see as the best ways to address these matters, Mergermarket on behalf of Toppan Vintage spoke with four experts.

Toppan Vintage question: In August, President Trump contributed to the debate regarding the merits of quarterly vs biannual financial reporting. What benefits and drawbacks do you feel would accompany a switch to a biannual reporting period? Leading industry experts weigh in...

Lona Nallengara, Shearman & Sterling says: The underlying concern with quarterly reporting, coupled with quarterly guidance, is that it breeds a short-term perspective on managing a company — driving leaders of companies to manage to short-term results rather than longterm outcomes. The argument is that if the market is conditioned to receive an earnings release and a quarterly report every three months (along with an expectation to provide an outlook for what the next quarter’s performance will be like), it is hard not to expect the leaders of a company (and everyone at the company) to want to make quarterly results as good as possible. Does quarterly reporting drive a leader of a company to make decisions so that the next quarter looks good, rather than making a harder decision to sacrifice short-term results for the longer term, sustained growth of her company?

Addressing short-termism is an important goal. It is in the best interest of long-term shareholders. Addressing it by eliminating quarterly reporting seems misguided and not addressing the root cause of the issue. Providing less information for investors as a means to incentivize companies to focus on long-term goals only hurts investors and will not likely change practices.

Boards working with management to focus on and articulating long-term strategic objectives and engaging with shareholders on the merits of the objectives and the plan to achieve those objectives would seem like a better approach.

Scott Kimpel, Hunton Andrews Kurth adds: This is an idea that may be embraced by smaller public companies where compliance costs are disproportionately high and financial analyst coverage is relatively low. But I suspect the institutional investor community will be so hostile to the idea that most mature public companies will continue reporting on a quarterly basis even if they have the option of doing so less frequently. Once companies provide information to investors, it is very difficult to pull back. And I believe there will also be peer pressure for seasoned issuers to continue providing disclosure on a quarterly basis. Even if a given company determines that there is some benefit to moving to a semiannual schedule, if its chief competitor continues to report quarterly, competitive considerations will lead both companies to continue reporting quarterly.

Bill Ide, The Conference Board Governance Center weighs in: I think there’s actually some confusion created here, because people often equate how often companies report financial information to how often they project earnings. They’re two different things, and I don’t think the key issue is quarterly financial reporting. I do think that projecting earnings is a real problem, because it puts pressure on boards and CEOs to think really short-term. The concern is that if you don’t meet your projection, your stock price will drop. So there are companies that have moved away from quarterly earnings projections and I totally agree with that. I think we’ve got to start recognizing that today’s stock price should not be the primary driver of boardroom decision-making – it should be the long-term interests of the company. So a five-year look is much healthier than a five-month look.

The key area where a corporate board ought to be held accountable is whether they have a coherent long-term strategy to create shareholder value. And if they don’t, then that’s a problem. That needs to be fully disclosed and that needs to be tracked. But if the company does the right thing, it should be allowed to have a hiccup or decide to increase G&A or R&D spending in ways that will benefit the five-year plan. The only people who really want the quarterly earnings are the sell-side analysts, because that’s how they make their living.

Professor Charles Whitehead, Cornell Law School says: I think semi-annual reporting is the wrong answer to the wrong problem. I agree with Bill – what the president is worried about has little to do with quarterly reporting. Instead, it has to do with quarterly earnings guidance, which is different. The problem with earnings guidance is that companies begin to manage toward what they have projected, and so potentially you end up with short-term managers who are looking simply to goose their numbers. That puts off the ability to make long-term capital or other research investments.

But I think the question we should be asking is, if the world went to semi-annual reporting, would you no longer have quarterly earnings guidance? Would it become semi-annual earnings guidance instead? There's nothing that suggests the world would change in this way. And that's because we still think about companies being managed on a quarterly basis. As long as the market continues to make quarterly assessments about companies, whether the company is formally required to disclose semi-annually or quarterly is going to be less relevant.

We weren’t always on a quarterly system – some decades ago, we were on a semi-annual and an annual system. And there is some historical support for the notion that greater information in the marketplace, as we moved to quarterly reporting, made the market more efficient and increased value for shareholders. None of that should be a surprise. If investors have more information, and are more comfortable with the value they can assign to investments, then perhaps you will see an increase in the value of what's in the market. Conversely, lowering that level of information may cause a drop in value – and so we need to be careful about efforts that may not address the real culprit, quarterly earnings projections, but lower the company information on which the market relies.