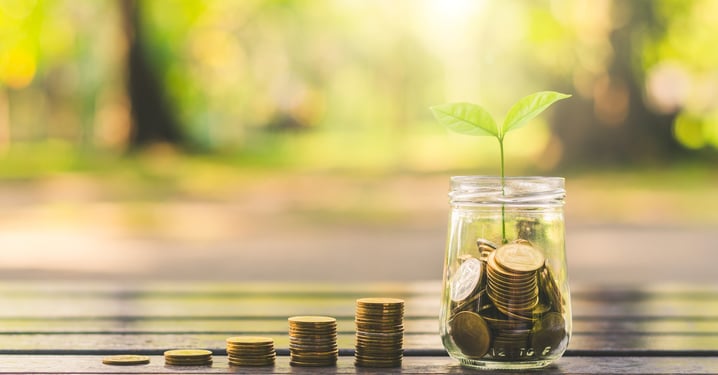 As public companies prepare their annual reports to reflect an unprecedented 2020, many are doing so mindful that investors and stakeholders continue to demand robust environmental, social and governance (“ESG”) disclosures. However, despite years of discussion and the wide availability of reporting frameworks, the disclosure of material ESG issues remains a somewhat nebulous task, leaving companies and investors alike grasping for ways to evaluate and compare ESG practices and risks. That is likely to change, though, as regulatory developments around the world and President Biden’s nomination of so-called “Money Cop” Gary Gensler to lead the country’s top securities regulator suggest that the disjointed potpourri of ESG reporting practices appears to be approaching its denouement.

In light of the inevitability of future regulation, increasing pressure from investors, and demands from reporting companies and financial institutions, the international business community has taken significant steps toward the promulgation of standardized ESG disclosure metrics. In September 2020, the International Business Council of the World Economic Forum (WEF) published its universal ESG reporting metric framework. Aiming to “measure stakeholder capitalism,” the WEF developed the metrics in collaboration with the Big Four accounting firms1. Instead of the three traditional E, S and G categories, the WEF organized its framework around the four pillars of governance, planet, people and prosperity. Within these pillars are 21 “core metrics” and 34 “expanded metrics” that map to the United Nations Sustainable Development Goals, a set of 17 mostly environmental, social and economic goals adopted by all United Nations members.

The WEF intends for its framework to be broad, encouraging companies and financial institutions to consider the impact of their operations on the planet and society “across the full value chain … including the monetary value of impacts.” But perhaps more important to the many stakeholders who demanded a singular set of ESG standards, the WEF designed its framework to be both universal and consistent across all industries, sectors, and countries. Notably, five prominent ESG framework- and standard-setting institutions—CDP (formerly, the Carbon Disclosure Project), the Climate Disclosure Standards Board (CDSB), the Global Reporting Initiative (GRI), the International Integrated Reporting Council, and the Sustainability Accounting Standards Board (SASB)—embraced the WEF framework and pledged to work together to produce a “comprehensive corporate reporting system.”2 This marks an unprecedented degree of progress in transforming what many consider to be ESG “alphabet soup” into a useful and understandable tool to facilitate transparent reporting.

Still, reception of the WEF framework has been tepid. Most welcome its streamlined structure, but also agree that only mandatory disclosure requirements can spur the consistent and widespread adoption of ESG reporting metrics. Further, despite the new WEF framework, there is still no so-called “global” ESG standard; some view the WEF framework as yet another option in the ESG disclosure pile. To make matters even more complicated, reporting companies and financial institutions have implemented some of the most well-known frameworks (e.g., SASB, TCFD and GRI) on a piecemeal basis, rendering consistency and comparability elusive.

The Rise of ESG Disclosure Requirements

While the WEF framework may or may not become the gold standard in ESG reporting, the world is slowly taking steps toward mandatory ESG disclosure requirements, a trend we expect to continue. The European Union’s Sustainable Finance Disclosure Regulation, requiring sustainability and ESG disclosures, will go into effect in March 2021. The United Kingdom’s Financial Conduct Authority announced mandatory climate-related financial disclosures consistent with TCFD recommendations, applicable to accounting periods from January 1, 2021, onward.

All signs point toward a similar evolution in U.S., especially with respect to the environmental and social elements of ESG. President Biden has made very clear that climate and sustainability are to be a primary focus of his administration, having pledged to require “public companies to disclose climate risks and the greenhouse gas emissions in their operations and supply chains.” This promise, coupled with Biden’s overarching commitment to addressing what he calls the “climate emergency,” make environmental disclosure requirements an almost certain policy priority. In addition, diversity and workforce treatment are likely to emerge in corporate disclosure requirement discussions. Indeed, early actions of the administration include pushing to increase the minimum wage, protection for unionized jobs and far-reaching federal protections for LGBTQ people, suggesting social disclosure requirements may have equal priority to environmental disclosure requirements.

The Influence of the “Money Cop”

In fact, mandatory ESG reporting requirements could be an early-days action by President Biden’s Securities and Exchange Commission (SEC) chair nominee and former Goldman Sachs partner-turned-“Money Cop,” Gary Gensler. Gensler, who also served as the former Chairman of the U.S. Commodity Futures Trading Commission and Chairman of the Maryland Financial Consumer Protection Commission, reportedly “strikes fear in the hearts of brazen bankers.” Progressives have credited his Wall Street reformation proposals as forming the backdrop of “the most progressive platform in the history of the Democratic Party.” Gensler is widely expected to oversee significant change at the SEC, including, most notably, the implementation of rules-based ESG disclosure requirements.

With respect to the E category, such requirements would not require legislation and could take the form of an expansion to the Commission’s 2010 “Guidance Regarding Disclosure Related to Climate Change” or, more likely, a new rulemaking (e.g., another “modernization” of Regulation S-K or an entirely new rule altogether). The SEC has already implemented a series of requirements applicable to all companies over the last several years, including most recently amending Regulation S-K to modernize disclosures and incorporate human capital measures. Though former SEC Chair Jay Clayton opposed mandatory universal ESG reporting requirements, the President’s party will soon control three seats of the five-member SEC, making ESG disclosure requirements a near-inevitability. At least some within the SEC have commended the “viability” of the WEF framework and other attempts to standardize ESG disclosure. Sitting Commissioners have argued vehemently in favor of such efforts. The SEC’s Investor Advisory Committee and Asset Management Advisory Committee have also both become increasingly vocal on the urgency of ESG disclosure requirements, with the latter recently urging the SEC to require material ESG risk disclosures. Those calls for action will not fall on deaf ears with Gensler.

Other U.S. monetary institutions have also begun to embrace environmental disclosures as central to market stability. The Climate-Related Market Risk Subcommittee of the Commodity Futures Trading Commission concluded in its September 2020 report that climate change poses major risks to the stability of the U.S. financial system and recommended that regulators take swift action to measure, understand and address these risks. In November 2020, Federal Reserve Chairman Jerome Powell stated that climate action falls within the mandate of the Federal Reserve, which included climate change in its list of risks to financial stability in its semiannual report. The Federal Reserve further announced in December 2020 that it joined the Network of Central Banks and Supervisors for Greening the Financial System (NGFS), an organization committed to climate and environmental risk management in the financial sector, and just last week created a Supervision Climate Committee to examine climate change implications for the financial sector. Finally, the day before President Biden’s inauguration, Treasury Secretary Janet Yellen pledged to create a new “hub” within her Department focused on “existential” climate change risks to the financial system and to appoint a senior official to lead climate efforts.

As ESG comes into the spotlight under the Biden administration, there will be numerous developments in the regulatory space. Questions abound regarding the format and flexibility of a future rules-based disclosure approach, as well as the enforcement thereof. Regardless of what form the new requirements take, all companies and financial institutions could benefit from preemptively embracing ESG data collection, assessment and reporting as central to their business development and investor retention strategies. Putting a basic program in place—or making incremental improvements to an existing program—oftentimes requires only a modest investment of funds, time and energy, and is almost certain to result in tangible and timely benefits. Climate and ESG governance have already begun to impact companies’ ability to attract and maintain talent and capital, and will have lasting repercussions on brand perception. At the end of the day, smart ESG management is a good business decision for all parties involved, and getting started when regulations are not yet in place gives both companies and financial institutions a valuable head start.

2 These institutions also have pledged to incorporate into their comprehensive reporting system the recommendations made by another prominent ESG standard-setter, the Task Force on Climate-Related Financial Disclosures (TCFD).

Previous ArticleThe ESEF iXBRL Mandate Postponement: How Issuers Can Take Full Advantage of This Second Chance
Next ArticleWhat Does ADA Accessibility Mean for Your Communications?