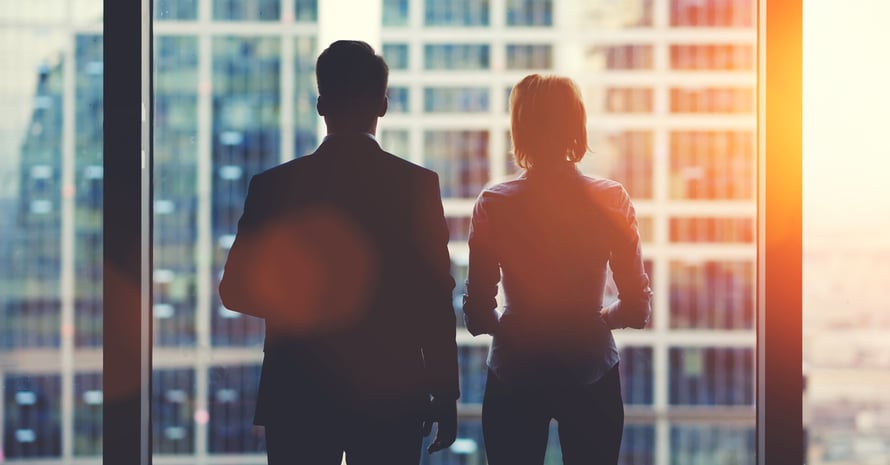 There have been some great examples of successful SPAC transactions and more on the way, and the SPACraze has reached 2019 Direct Listing fever pitch levels. More importantly, there is a huge amount of SPAC sponsor money ready to be deployed, and more SPACs being formed every day, and a number of very desirable and mature operating companies who may have been reluctant to pursue a traditional IPO in light of the market volatility over the last several quarters.

For more on SPAC IPO, explore our Capital Markets page.

As companies noodle over whether a SPAC transaction may be right for them, here are some key considerations:

Although the structures haven’t changed much in many years, all SPACs are not the same, and it is critical to find the right SPAC for your company. In traditional mergers you seek out business synergies, here you are looking for philosophical alignment of long-term business goals. Ideally, find SPAC sponsors who are backed by investors focused on your space and will understand your story. One of the key goals of the SPAC transaction is to ensure the business is appropriately capitalized following the completion of the combination, either through PIPE investment funds closing simultaneously with the merger, your own cash reserves and/or the funds held by the SPAC in trust. Investors in the SPAC will have the right to redeem their investment at closing (recent statistics indicate a large percentage of redemptions in most SPAC transactions) and if they believe in the long-term prospects of the business it will help ensure alignment of interest to limit the scope of those redemptions.

The concurrent PIPE has become one of the most important parts of the overall SPAC transaction. The availability of the SPAC’s funds held in trust is uncertain, due to the redemption rights discussed above, so companies often look to protect against undercapitalization at closing by working with the SPAC sponsors (and an investment bank) to raise funds through a PIPE financing signed with the merger agreement and closing at the same time. Companies should think of the PIPE in many of the same ways as a primary offering in the traditional IPO, looking for long-term investors that understand the overall vision. Because these funds back-stop the redemptions and ensure the ongoing business has the capital to implement its near-term business strategy as a public company, it is critical that target companies and sponsors analyze closely the expected redemptions to make sure they raise enough money in the PIPE to offset them.

3. Projections will be public

In an IPO, management creates a business model of future financial projections to give to the syndicate analysts to assist them in building their own models to be used in their research reports with the Street. In a SPAC, the target company will in most cases provide its projections directly to potential investors under confidentiality agreements in connection with the PIPE. It may also include these projections in the Form S-4/proxy statement filed in connection with the shareholder approval, a disclosure not available in the IPO context. Once the signed merger agreement and PIPE is announced, investors in the PIPE will expect that these financial statements be filed publicly to “cleanse” them from holding material non-public information about the future combined company. Target companies should be prepared for this heightened level of disclosure of their future projections and to live with those expectations for some period of time as a public company. The (poorly kept secret) practice of “tamping down” models given to analysts in a traditional IPO doesn’t necessarily work in the SPAC framework.

One of the key potential advantages of a SPAC transaction is setting the valuation of the target/operating company in a direct negotiation with the SPAC sponsors. In a traditional IPO, valuations are informed by meetings (TTW and roadshow) with investors, guidance from the investment bankers, prior financing rounds, comparable offerings, etc., but are also subject to powerful fluctuations based on the timing of the window for the offering and the broader market dynamics at that moment in time. We have seen high-growth, high-demand companies have less than stellar IPO prices simply because the market was severely down on the day they priced, or a competitor was in the market raising capital at the same time, or a dozen other factors outside of the company’s control. In a SPAC, you negotiate the value of the target and it is generally set at that amount through the completion of the transaction. Support for that valuation comes from the PIPE investors and trading of the SPAC stock following the announcement of the transaction, but is far less dependent on the janky market whims.

Do not be fooled by suggestions that a SPAC IPO is a way for companies that are not otherwise prepared for a traditional IPO to go public. This is simply not the case. Although the merger and PIPE process allows for a little more time for the target company to prepare for its more complete financial statement and business disclosure in the Form S-4/proxy filing after announcement, that is little difference and all of the other aspects of becoming a public company need to be in motion and quickly resolved – including PCAOB audited financials, public company internal controls and procedures, NYSE/Nasdaq listing and governance requirements, trading and window policies, and all the other governance procedures and policies to effectively operate in the public domain. This also includes being prepared to speak and guide the Street effectively on future expectations. Fortunately, we have your back on a great deal of this.

Another common misconception with SPACs is the idea of less scrutiny from the SEC in connection with the process. Though it is true that preliminary proxy statements occasionally get quicker or less robust review from the Staff, for most SPAC transactions involving an S-4/proxy, the SEC will take the same watchful and careful eye to the target company’s disclosure and issue comments where they see fit. We also suspect that, with the sheer volume of SPAC deals coming to the market over the next year or two, the SEC will increase its focus on these transactions. Target companies need to prepare for a thorough review cycle and be in a position to discuss their disclosure approaches in detail with the Staff. We, coincidence of coincidences, strongly advise companies to hire outside counsel well equipped to do this.

More than 90% of the lock-up agreements for pre-IPO holders are 180 days for traditional IPOs, with some variations for staggered or performance-based early releases here and there. In most SPAC transactions, the target company holders are also expected at a minimum to sign a 180-day lock-up. However, the considerations for what might make the most sense are often different since you have the SPAC sponsors and the PIPE investors subject to different lock-up periods. Most SPAC sponsors will be subject to a 1-year lock-up, which can create staggered releases of shares into the market after the combination and may at times try to push the target company holders to also have a 1-year lockup to align interests. Companies should be thoughtful, in discussions with their financial advisors, on how additional shares will come into the market and implications for the public company’s trading volatility.

Once you negotiate the merger agreement and, ideally, have your PIPE financing lined up, you enter into the deSPACing process, which involves obtaining the vote of both the SPAC holders and the target company stockholders and the offer of redemption to the SPAC holders. Target companies should think about this process early and consider obtaining commitments from the SPAC sponsors to vote in favor of the transaction and waive their redemption rights, and potentially voting agreements from their own holders to support the deal. Target companies will go through a process of pitching the deal to the SPAC investors to discourage redemptions and increase the amount of funds held in trust to be released at the closing to the ongoing company. This is your going public roadshow in a way.

Just as in a traditional IPO, it is critical for target companies to adopt the right governance policies and practices and stockholder protection measures to protect the company’s shareholders from unwanted inference after becoming a public company. We advise our companies to focus heavily on diversity and inclusion for board membership, management and workforce. In addition, although we have only seen a few dual-class voting SPAC companies at this stage, we believe those will increase as a large slate of Founder-led companies go through SPAC transactions. Companies are encouraged to discuss these provisions with the SPAC sponsors early to seek alignment on how the public company will be situated from a governance, voting and capital structure perspective.

Investment banks of all shapes and sizes are increasingly focused on the SPAC market, and target companies should make sure to consider what advisors are right for each particular aspect of the SPAC transaction, as the merger process may involve different considerations than the PIPE fundraising or the deSPACing process. Companies should also think about what analyst coverage they are looking for as a public company, as with an IPO. While Cooley’s costs are almost embarrassingly bargainy for SPACs, management teams should not expect a SPAC transaction to be a money-saving exercise versus a traditional IPO (and quite to the contrary). Companies need to consider the entire picture, including different investment banks on the SPAC sponsor side, for the target company and for the PIPE and understand how those fees and costs interplay to impact the total amount of cash left over for the public company’s operations.

Here are additional resources for SPAC IPO information:
5 Things You Need To Know About

Reach out to jump-start a partnership that will bring expertise, speed, and accuracy to all of your complex disclosure and communication requirements.