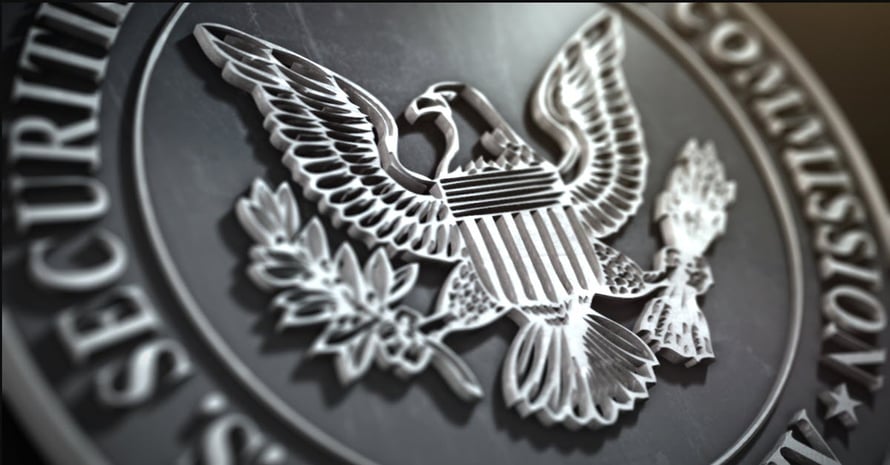 The approved change is anticipated to make direct listings an attractive alternative to IPOs for companies going public. Unlike an IPO, companies in a direct listing are not required to hire an underwriter. Thus, companies can bypass hefty fees and avoid other restrictions, including lock-up period arrangements which prevent employees and, in many cases, venture capitalists from selling their shares for a certain period after the listing. The SEC agreed with the NYSE that numerous “gatekeepers” such as company lawyers and accountants vet an IPO and ensure accurate and fulsome disclosures, discounting concerns raised in public comments that investors may be harmed by the expanded use of direct listing. The SEC specifically noted that underwriting was unnecessary “to provide adequate investor protection in the context of a registered offering” and agreed that the NYSE’s proposal included sufficient protections for “the maintenance of fair and orderly markets, as well as the facilitation of capital formation.”

Plan opponents have not stood idly by. Calling the approved plan a “game changer,” the Council of Institutional Investors filed, on August 31, 2020, a Notice of Intention to Petition for Review with the SEC, a maneuver that, per SEC regulations, automatically stays the agency’s approval of the NYSE plan until the SEC orders otherwise. The Council’s actual petition is due to be filed within days.

The Council’s action has indefinitely delayed the implementation of the NYSE plan and the SEC has yet to provide any indication how long its review of the petition may take.

SEC EXPANDS DEFINITION OF ACCREDITED INVESTOR FOR PURPOSES OF BUYING NREGISTERED SECURITIES
On August 26, 2020, the SEC voted on party lines, 3-2, to amend the definition of “accredited investor” found in the general rules and regulations of the Securities Act of 1933 to include natural persons who have specified professional certifications or constitute a private fund’s “knowledgeable employee.” The rule amendment also expanded the list of entities qualifying as accredited investors to include entities owning $5 million in assets and family offices with at least $5 million in assets under management. The SEC also amended the rules to add the term “spousal equivalent” to the definition of an accredited investor and expanded the definition of a “qualified institutional buyer” under Rule 144A.

While the traditional definition limited accredited investors to people who earned at least $200,000 annually or whose individual net worth exceeded $1 million (excluding the value of one’s primary home), the amendments add new categories of persons who may qualify as accredited investors, to preliminarily include those with FINRA Series 7, 65 and 82 licensees.

Formally, the amendments are intended to “identify more effectively investors that have sufficient knowledge and expertise to participate in investment opportunities.” SEC Chairman Jay Clayton specifically noted that the former definition disadvantaged less affluent parts of the country because fewer people there met the income and wealth tests, a fact he hoped the amendments would remedy. But minority Commissioners remain unconvinced, noting the changes will “allow more investors to participate in opaque private markets that lack the disclosure of public markets” and predicted an increase in “fraudulent schemes to target seniors.” SEC Commissioners Allison Herren Lee and Caroline Crenshaw objected to the SEC’s refusal to adjust current income and wealth thresholds for inflation, asserting that such a failure would allow more senior citizens who had a lifetime of accumulated wealth to participate in the private market without the protections of the required public market disclosures.

The amendments become effective 60 days after publication in the Federal Register. Given the already steady expansion of the private market and the reality that most capital today is raised in private unregistered offerings, it is unclear what the full impact may be from these amendments.

SDNY COURT PERMITS TRIAL TO PROCEED AGAINST FORMER LEAD TRADER AT NOMURA SECURITIES INTERNATIONAL INC.
On August 24, 2020, in SEC v. James Im, U.S. District Judge J. Paul Oetken, of the Southern District of New York, rebuffed Nomura’s former top commercial mortgage-backed securities trader’s second attempt to escape an SEC suit alleging he committed securities fraud. Mr. Im is accused of providing misleading information on mortgage bonds to prospective investors and causing them to buy and sell bonds at prices they would not have but for his misrepresentations. From 2010 through 2014, the SEC alleges that Mr. Im netted more than $300,000 in ill-gotten profits by lying about “whether and at what price Nomura had bought or could sell bonds.”

In his motion for summary judgment, Mr. Im challenged the materiality of his alleged misrepresentations, emphasizing that discovery did not reveal any definitive statements from investors specifying that “they would have been able to secure a better price had Im told the truth” or statements “suggest[ing] that they would have ‘walked away’ from the transaction had they known Im was lying.”

Noting that this was “not the standard for materiality,” the Court held that “Im’s supposed evidentiary hurdles have no basis in the governing law,” citing the Second Circuit Court of Appeals’ recent decision in U.S. v. Gramins, holding that sufficient evidence of materiality may be found where a customer simply attests that he or she viewed a misrepresentation as “important” or that the customer would have negotiated a trade differently but for the trader’s misrepresentation.

Mr. Im also disputed the SEC’s showing of scienter — i.e., fraudulent intent — by arguing that “reasonable investors do not accord weight to a trader’s statements on bond prices” and, thus, are “categorically incapable of being defrauded.” District Judge Oetken did not agree, finding that Mr. Im’s argument was grounded in issues of materiality that are more appropriate for resolution by the jury. Moreover, even if the SEC could not establish scienter, the SEC had uncovered enough evidence to argue that “Im’s lies were highly unreasonable and an extreme departure from standards of ordinary care.”

On August 24, 2020, in Teamsters Local 443 et al. v. AmerisourceBergen et al., the Delaware Chancery Court declined to dismiss investors’ derivative Caremark claims that company directors had knowledge of — but failed to stop — the illegal distribution of repackaged oncology drugs by its subsidiary.

While noting that Caremark liability for a director’s failure, in bad faith, to discharge his or her compliance oversight duties is rarely imposed, the court nonetheless ruled that plaintiffs successfully met Caremark’s heavy burden by pleading facts sufficient to allege that AmerisourceBergen “operated a criminal enterprise” whilst company directors ignored red flags and “permitted a woefully inadequate reporting system.” Notably, the court excused plaintiffs’ failure to demand action from the company’s board, finding the “substantial likelihood of liability” in this case superseded any such demand action.

In 2001, AmerisourceBergen acquired Medical Initiatives Inc., which misrepresented itself as a legitimate, state-licensed pharmacy to evade oversight from the U.S. Food and Drug Administration. Medical Initiatives’ criminal activities were uncovered, and AmerisourceBergen eventually entered into a plea agreement with the U.S. Department of Justice. More than $800 million in criminal and civil penalties followed.

Defendants had argued that Medical Initiatives’ operations were such a small part of the company’s overall business that directors could not reasonably have been expected to maintain the oversight needed to discover the subsidiary’s wrongdoings. Unconvinced, the court found that it was “reasonably conceivable that a majority of directors knew of evidence of corporate misconduct ... yet acted in bad faith by consciously disregarding its duty to address that misconduct.”

Although Caremark claims remain notoriously difficult to move past the motion to dismiss phase, the Vice Chancellor’s order is the latest in a series of recent Delaware decisions to uphold investor claims premised on such oversight failures.

On August 20, the SEC approved cryptocurrency exchange INX’s offering of 130 million INX tokens with a maximum price of $0.90 per token aimed at raising up to $117 million from investors. This first-ever registered security token offering (“STO”) — cryptocurrency traded as a security — is launching almost a year after INX issued its preliminary prospectus and, if INX hits its target, will be the largest offering for the blockchain industry. Previous STOs were conducted without regulatory approval and were strictly limited to wealthy investors.

Notably, no public market exists for the tokens and there is no guarantee that a market will be established. INX has promised to establish a digital currency exchange, INX Trading Solutions, including two platforms, one for trading cryptocurrencies (like Bitcoin and Ethereum) and their derivatives and the other for trading STOs, such as the INX token. According to its SEC prospectus, INX has already obtained money transmitter licenses in seven U.S. states. Without a public market, investors who decide to purchase INX tokens will be, at least in the near term, constrained in their ability to trade them.

Previous ArticleThe Future of the Annual Meeting: In-person, Virtual or Hybrid?
Next ArticleHow Public Companies Can Protect Against SEC Scrutiny Related to COVID-19