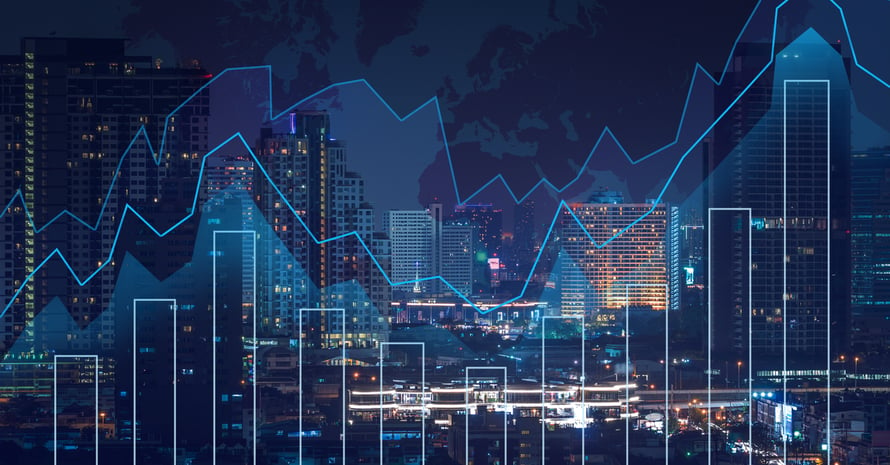 Recent news reports regarding potential Congressional or other action relating to foreign-domiciled issuers that may have a class of their equity securities listed on a U.S. securities exchange or that may seek to list a class of securities on a U.S. securities exchange in the future and that are formed in jurisdictions that may not adhere to the same U.S. auditing standards may have a chilling effect on initial public offering and other capital-raising activity by foreign-domiciled issuers in the United States. All of this comes at a time when the capital markets have been roiled by the effects of a global pandemic as well as the accompanying economic downturn and market and political uncertainty. As discussed below, historically, U.S. regulations have been accommodating to foreign private issuers and welcomed their participation in the U.S. capital markets.

Under Rule 405 of the Securities Act of 1933, as amended (the “Securities Act”), a foreign private issuer (“FPI”) is any foreign (or non-U.S.) issuer that is not a foreign government, other than an issuer that meets the following qualifications as of the last business day of its most recently completed second fiscal quarter: (i) more than 50% of its outstanding voting securities directly or indirectly owned of record by residents of the United States (also referred to as the “Shareholder Test”); and (ii) (a) the majority of the executive officers or directors are U.S. citizens or residents; or (b) more than 50% of the assets of the issuer are located in the United States; or (c) the business of the issuer is administered principally in the United States (prong (ii) is also referred to as the “Business Contacts Test”). A foreign issuer may still qualify as an FPI if it fails the Shareholder Test, so long as it can still pass the Business Contacts Test.

In recognition of the potentially burdensome diligence efforts a foreign issuer must undertake to determine whether it qualifies for FPI status, the staff of the Securities and Exchange Commission (“SEC”) has published interpretations of the Shareholder Test and Business Contacts Test. With respect to the Shareholder Test, the SEC has stated that in jurisdictions where the likelihood of finding U.S. shareholders is small, issuers need only look to three jurisdictions: (1) the United States, (2) the issuer’s home jurisdiction, and (3) the primary trading market for the issuer’s voting securities. Issuers must determine their status as an FPI on an annual basis, although an issuer filing a registration statement under either the Securities Act or the Securities Exchange Act of 1934, as amended (the “Exchange Act”), for the first time may determine its status as an FPI up to 30 days before filing its initial registration statement.

The U.S. capital markets are among the most robust and liquid in the world and thus have historically attracted attention and interest from issuers worldwide. There are additional benefits associated with FPI status, such as:

In addition to these benefits, an FPI also can qualify as an emerging growth company (“EGC”), as provided by the Jumpstart Our Business Startups Act of 2012 (the “JOBS Act”). Under the JOBS Act, an issuer can qualify as an EGC if: (i) it had total annual gross revenues of less than US $1.07 billion during its most recently completed fiscal year, (ii) it has either (a) not yet had or (b) had after December 8, 2011, its first sale of common equity securities pursuant to an effective registration statement under the Securities Act; and (iii) it is not otherwise disqualified from EGC status under the JOBS Act.[1] Through June 2020, approximately 89% of all IPOs priced since the passage of the JOBS Act have been undertaken by EGCs.

An issuer will not qualify as an EGC indefinitely; its EGC status will lapse five fiscal years after it completes an IPO, unless one of the following occurs earlier: (i) its total annual gross revenues are $1.07 billion or more; (ii) it has issued more than $1 billion in non-convertible debt in the past three years, or (iii) it becomes a “large accelerated filer” (as defined in Rule 12b-2 of the Exchange Act).

In December 2019, the Saudi Arabian Oil Co. (“Saudi Aramco”) priced its IPO at 32 Saudi Arabian riyals (USD $8.53) per share, initially putting it on track to raise $25.6 billion and to beat Alibaba’s record for largest IPO in history ($25 billion in 2014). On December 5, 2019, Saudi Aramco’s IPO priced at the top end of its range for a value of $1.7 trillion and after its second day of trading, Saudi Aramco’s market capitalization rose to $2 trillion (at the time shattering the mark set by Apple ($1.26 trillion) for the world’s largest public company) before falling slightly to approximately $1.87 trillion by the end of 2019.

Rough waters may be ahead for the global markets due to the COVID-19 pandemic, and despite that FPIs are drawn to the U.S. capital markets for a variety of reasons, as noted above, it may not be the case in the future.

Foreign issuers weighing an IPO often express concerns regarding the litigious environment in the United States. Current and potential officers and directors of foreign issuers may fear future exposure to securities actions. This is not an unwarranted concern. For the third consecutive year, more than 400 securities class actions were filed – in respect of issuances by both domestic and foreign issues. According to a January 30, 2020 report by Cornerstone Research and the Stanford Law School Securities Class Action Clearinghouse, in 2019 there were 428 securities class actions filed – the highest number on record, even passing the high watermark set in 2008. Cornerstone and Stanford also note that market capitalization losses exceeded $1 trillion in 2019 – the second consecutive year of losses of such a significant magnitude. Foreign issuers also may be concerned about even a modest nexus to the U.S. markets in light of recent Circuit splits regarding the application of Morrison v. National Australia Bank, Ltd.[3] and the ability to bring actions in the U.S. courts against foreign issuers involving foreign securities.[4]

As mentioned above, recent news reports have described proposed Congressional restrictions aimed at preventing companies seeking to benefit from access to the U.S. capital markets from evading key elements of U.S. regulatory oversight. For a foreign issuer contemplating a possible IPO, the prospect of such actions, when coupled with other existing deterrents to a U.S. listing like litigation risk and the significant burdens associated with U.S. public reporting and governance requirements (even with the accommodations available to FPIs), may make other, non-U.S. securities exchanges more appealing.

[1] An issuer retains its status as an EGC until the earliest of: (a) the last day of the fiscal year in which its total annual gross revenues are $1.07 billion or more. For example, a calendar year-end company whose total annual gross revenues exceed $1.07 billion on October 31, 2013, would cease to be an EGC on December 31, 2013; (b) the last day of the fiscal year following the fifth anniversary of the date of the first sale of common equity securities of the issuer under an effective Securities Act registration statement as an EGC; (c) the date on which it has issued more than $1 billion in non-convertible debt in the previous three years; or (d) the date on which it becomes a large accelerated filer. The determination of whether a company is a large accelerated filer is made on the last day of the company’s fiscal year.

[2] Market capitalization for FPIs that have a primary listing on a U.S. securities exchange.

[4] See, e.g., Stoyas v. Toshiba Corporation, where the Supreme Court denied certiorari in a securities class action. At the Supreme Court’s request, the Solicitor General opined that the Ninth Circuit had correctly applied Morrison in ruling that investors’ claimed of an alleged accounting fraud were connected to ADR purchases that were “undisputedly domestic” and therefore fell under the purview of the Exchange Act.

Previous ArticleIPOs and Transactions: July 6 - 10
Next ArticleHow to Prepare for Inline XBRL Filings Under the European Single Electronic Format