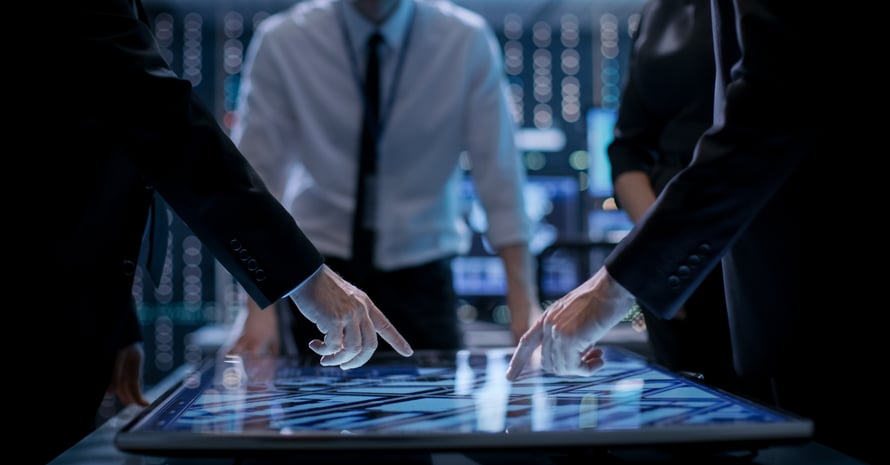 In this letter from SEC Chair Jay Clayton to Representative Brad Sherman following up on a previous conversation, Clayton offers his views and provides some insights and signals on a number of policy issues related to “good corporate hygiene.” The topics include controls and policies designed to prevent insider trading, Rule 10b5-1 plans and the grant of stock options while in possession of material inside information. Apparently, the issues addressed were significant enough that Clayton has asked Corp Fin director Bill Hinman and others on the staff to raise these issues “in upcoming speaking engagements and to remind market participants of these views.”

Importance of a Strong Control Environment. In times of “heightened market volatility and uncertainty,” good corporate hygiene—including controls designed “to prevent not only insider trading but also, ideally, the appearance of impropriety or misalignment of interests”—takes on added importance, especially because “the potential for executives to possess material non-public information increases as we have witnessed during this time of COVID-19-induced economic and market stress.”  Although Clayton believes that, in general, public companies have acquitted themselves well during the pandemic with regard to public disclosure and corporate controls, still, market confidence depends on a “universal commitment to compliance and regulatory vigilance.”

Insider Trading Policies for Senior Executives and Board Members.  Clayton believes that insider trading policies should prevent trading by senior executives and directors from the time the company comes into possession of material non-public information until the information has been publicly disclosed, even if an individual officer or director does not have personal knowledge of the information. Apparently, there is some legislation in the works on this topic. (Could they be referring to HR 2534, the “Insider Trading Prohibition Act,” which has passed the House and been sent on to the Senate?)  In this area, Clayton believes that “the integrity bang for the compliance buck is large.”

Clayton has previously expressed concerns about leaking and speculation in the context of COVID-19.  In an interview with Andrew Ross Sorkin (according to CNBC’s unofficial transcript), Clayton urged that, to the extent that companies will need new capital, they should disclose where they stand and limit speculation going forward.  And “with respect to things like financing, you know, possible changes in operations, material changes in the way you do your business, practice good corporate hygiene. Announce them as soon as you can. And before you’re able to announce them, keep that information as tight as possible.”  (See this PubCo post.)

Terms and Administration of Rule l0b5-1 Plans.  Although well designed and administered 10b5-1 plans that eliminate “any suggestion of impropriety or unfairness” can advance good corporate governance, some practices, even where legal, can “raise questions of interest alignment and fairness,” especially issues surrounding trading/absence of trading in the context of plan implementation, amendment or termination. Clayton contends that inclusion in 10b5-1 plans of “mandatory seasoning”—waiting periods—after adoption, amendment, suspension or termination and before trading can begin or resume is appropriate, demonstrates good faith and bolsters investor confidence in management and the markets. Clayton notes that the staff are working on a report (in response to an appropriations act directive) on the growth in stock buybacks and may also include a discussion of 10b5-1 plans in that report, including the interrelationship of buybacks and 10b5-1 plans. Clayton advises that boards should keep that interrelationship in mind in the context of 10b5-1 plans.

In general, Rule 10b5-1 allows an insider, when not in possession of material non-public information, to establish a formal trading contract, instruction or plan that specifies pre-established dates or formulas or other mechanisms—that are not subject to the insider’s further influence—for determining when the insider can sell shares, without the risk of charges of insider trading. To be effective, the contract, instruction or plan must also conform to the specific requirements set forth in the Rule.  In effect, the Rule provides an affirmative defense designed to demonstrate that a purchase or sale was not made “on the basis of” material nonpublic information.  If a 10b5-1 contract, instruction or plan is properly established, in theory at any rate, the issue is not whether the insider had material non-public information at the time of the purchase or sale of the security; rather, that analysis is performed at the time the instruction, contract or plan is established.

Notably, 10b5-1 plans became a bit suspect when academic studies uncovered a statistical link between the timing of executive sales under Rule 10b5-1 plans and negative corporate news, finding that executives using 10b5-1 plans generated significantly better returns than other executives at the same company.  SEC Enforcement took note, signaling that sales under 10b5-1 plans would then be under scrutiny. As reported in the Washington Post, in remarks delivered in 2007, then-SEC Enforcement Chief Linda Thomsen expressed concern that “executives are taking advantage of a legal safe harbor to sell their stock and profit before their companies report bad news….[A]cademic studies suggest that the rule may be a cover for improper activity, Thomsen said. ‘We’re looking at this hard….If executives are in fact trading on inside information and using a plan for cover, they should expect the ‘safe harbor’ to provide no defense.’” (See this Cooley News Brief.) She later added that one additional factor the SEC may take into account is the existence of “asymmetric” disclosure, that is, disclosure of entry into the plan without corresponding disclosure of amendments or termination of the plan (which is often the stage at which the alleged abuse occurs).

In connection with a subsequent widely reported scandal and fraud charges by SEC Enforcement involving a 10b5-1 plan, the SEC indicated that it would be looking at improper disclosure, excessive exercise of discretion and the appearance of unusually favorable dates for purchase or sale transactions. A few years later, a study conducted by the WSJ seemed to indicate fortuitous results from trading by insiders under 10b5-1 plans that appeared to be more than serendipitous. The article identified a number of problems with 10b5-1 plans, including the absence of public disclosure about the plan or changes to it and the absence of rules about how long the plans must be in place before trading under the plans can begin. (See this Cooley News Brief.)

In 2013, largely in response to the WSJ study, the Council of Institutional Investors filed a rulemaking petition with the SEC regarding Rule 10b5-1. Specifically, the petition requested that the SEC “consider pursuing interpretative guidance or amendments to Rule 10b5-1 that would require Rule 10b5-1 plans to adopt the following protocols and guidelines:

No action to amend the Rule was taken by the SEC at the time. (See this Cooley News Brief.)

H.R. 624, the “Promoting Transparent Standards for Corporate Insiders Act,” captures some of the concepts in the CII petition, potentially requiring some significant tweaks to Rule 10b5-1 plans and disclosure about them. The legislation would require the SEC to conduct a study of whether specified amendments to the rules governing 10b5-1 plans should be adopted, report back within a year and then adopt rule amendments consistent with the findings of the study. Introduced by the Committee Chair and co-sponsored by the Ranking Republican on the Committee, the bill passed the House in 2019, but has not moved in the Senate.  It was, however, one of the bills discussed in a very recent House Committee hearing. (See this PubCo post.)

Issuing and Pricing Stock Options. Clayton also recommends that each company “consider carefully the wisdom of issuing stock options to its executives while in possession of material non-public information.” In his view, when a company grants an award based on the trading price of the stock (typically considered FMV) while in possession of positive material inside information, the purpose of the grant to incent performance “is diluted to the extent future increases in company stock value are attributable to the release of positive information rather than future performance.” The grant could also be inconsistent with the terms of the plan approved by shareholders and with existing accounting standards “because, in short, the trading price of its stock is not a good indicator of fair market value.”  Boards and comp committees, he advises, should have “policies in place that ensure that plan requirements are satisfied and the awards are priced and accounted for properly.” Clayton signaled that Corp Fin staff will be alert to “this potentially material dynamic” when looking at comp disclosures as part of the review process. (Note that Sherman may be introducing a bill that would prohibit the grant of stock options if the grantor or recipient are in possession of certain material non-public information.)